In Russia the delivering of post in the cities was done by separate ‘city-post’, not incorporated by the Imperial (state)post. With the post-reorganisation of 1885 the city-post offices and telegraph-offices were united with the Imperial (State)post.
In Riga there was from 1875 city-post-offices, but it not clear under who was responsible for them before 1885.

The second townpost office is opened about 1877. It was located in the city-district Hagensberg, Zaunstrasse 1.

On the card below is used the double-circle postmark of Riga 2. 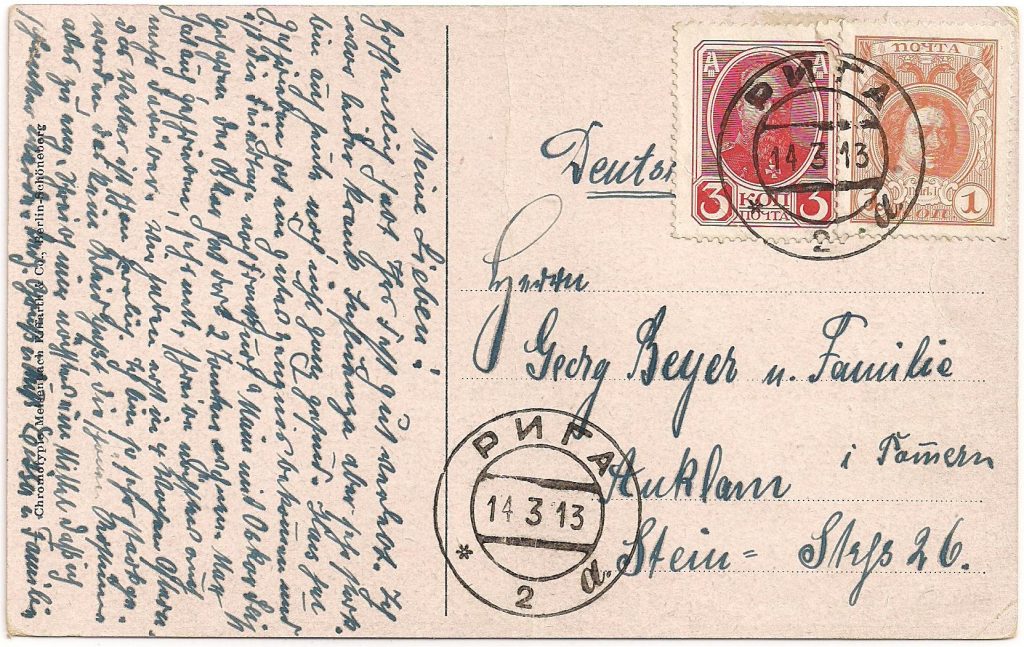 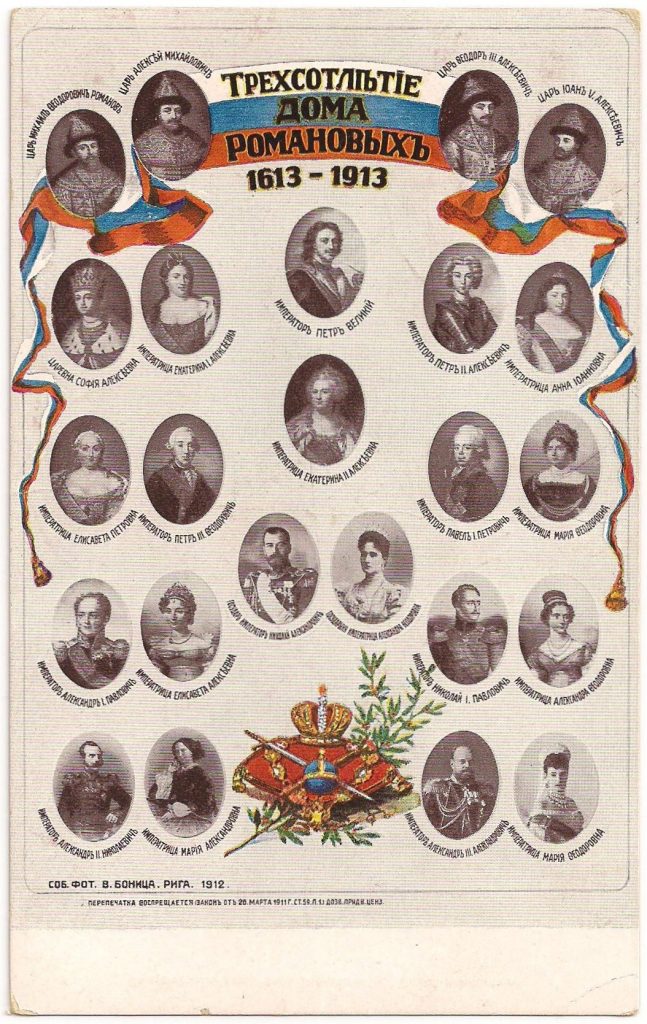 The stamps on this card are Romanov Jubilee stamps, issued 2 January, 1913, three centuries Romanovs. The card itself is also issued for this jubilee 1613-1913.