On several postal stationary of the Soviet-Union the name Kingissepa can be found. The name is also mentioned in the travel guide ‘Estland’ of Ressi Kaera. Victor Kingissepp led the Communist Party of Estonia and he was from Saaremaa, the largest island of Estonia. The capital Kuressaare is therefore – as more places in the Baltic area – renamed: from  1952-1988 the place was named Kingissepa. In 1988 the old name Kuressaare has been restored.
The ‘old’ naam, Kuressaare, is actually not so old. Only in 1918 this name has been introduced, because the old historical name sounds too German: Arensburg. This name can be recognized in the tsaristic postmarks.

Before the introduction of stamps there is also sent mail and we finf on these covers postmarks with the name Arensburg. The name ‘Kurre-saare’ already exists: it was the indication of the whole island by the ‘mainland-Estonians’. The Estnian inhabitants of the island called their island Saare-ma (‘Island-land’).

Around the castle, build in the 14th-15th century, the city Arensburg arise, that in 1563 get city rights. In 1559 the last bishop of Ösel (the German nameof the island Saarema), sold the island to Denmark. After the Danish period (1560-1645) the island was part of Sweden. In 1710, during the Great Nordic War (1700-1721), Arensburg is occupied by Russian troops. With the Treaty of Nystadt Arensburg became Russian.

On  the address-side of the card the Russian postmark is more clear: 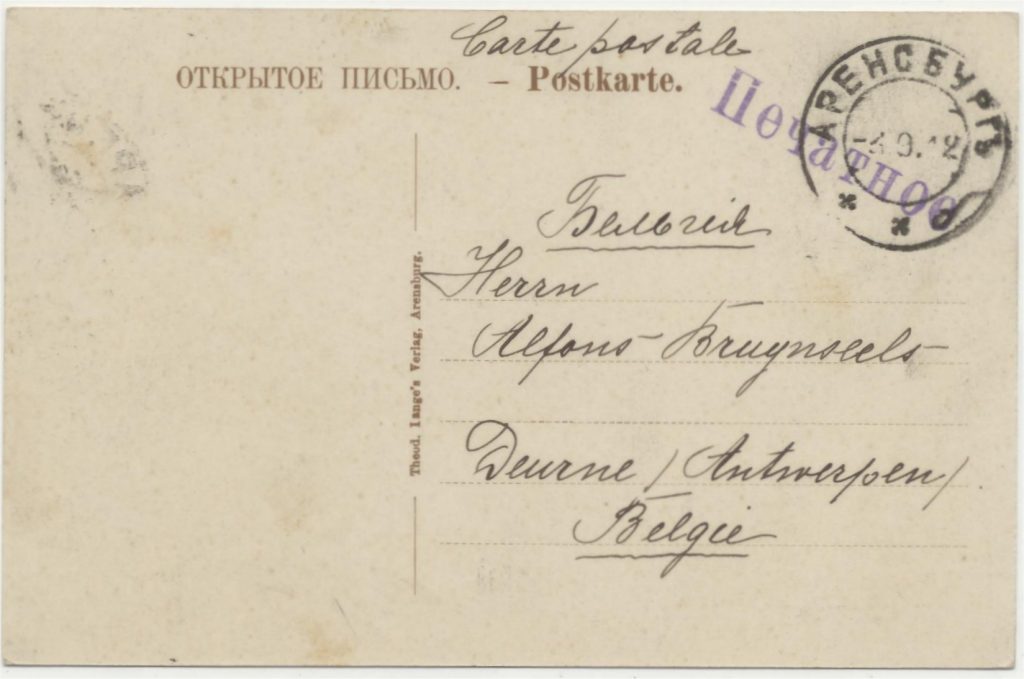 In June 1884, the departments for the Post and for the Telegraph were merged and post offices can have both functions.
This is reflected in the new single ring postmarks as the cover below, where the status of the post office is now indicated.

EESTI
The EESTI-handbook of Hurt and Ojaste is the handbook about Estonia. In the book type 1 are the eo-philatelic and type 2 the numeral dot postmarks.
The first groups of circular date-stamps are: