The two machines for the application of postmarks, in function in independent Latvia, were used further in the soviet period 1940-1941.

In the beginning the Latvian postmarks were used, but later -from October 1940- you see the postmark changing: bilingual indication of the place and the soviet star.
According the classification of Juris Mors: 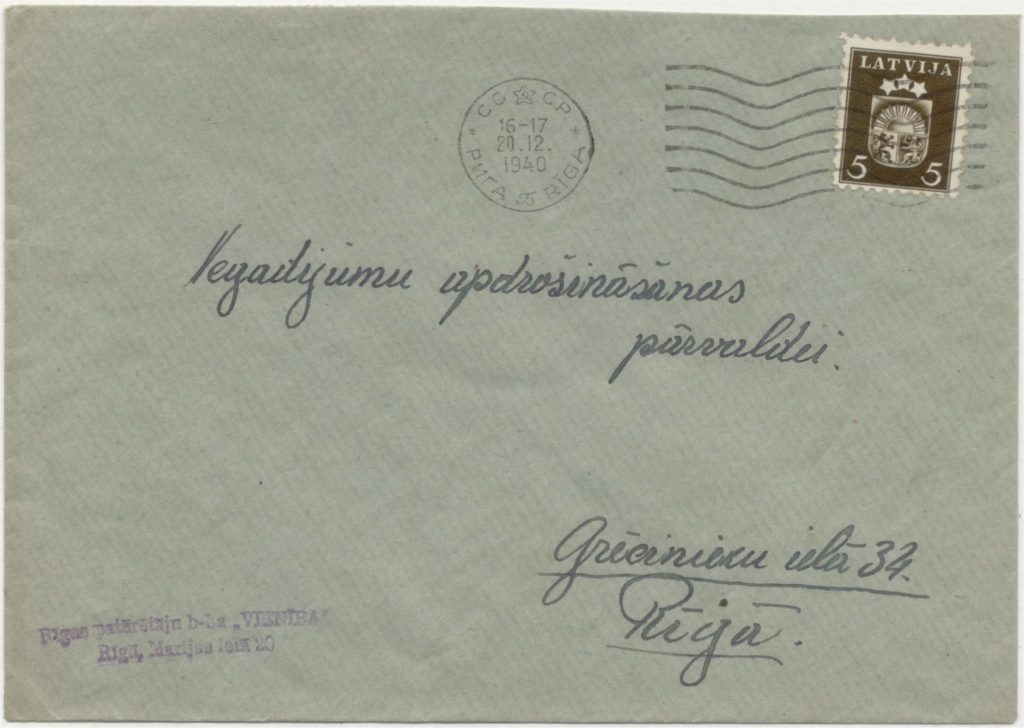 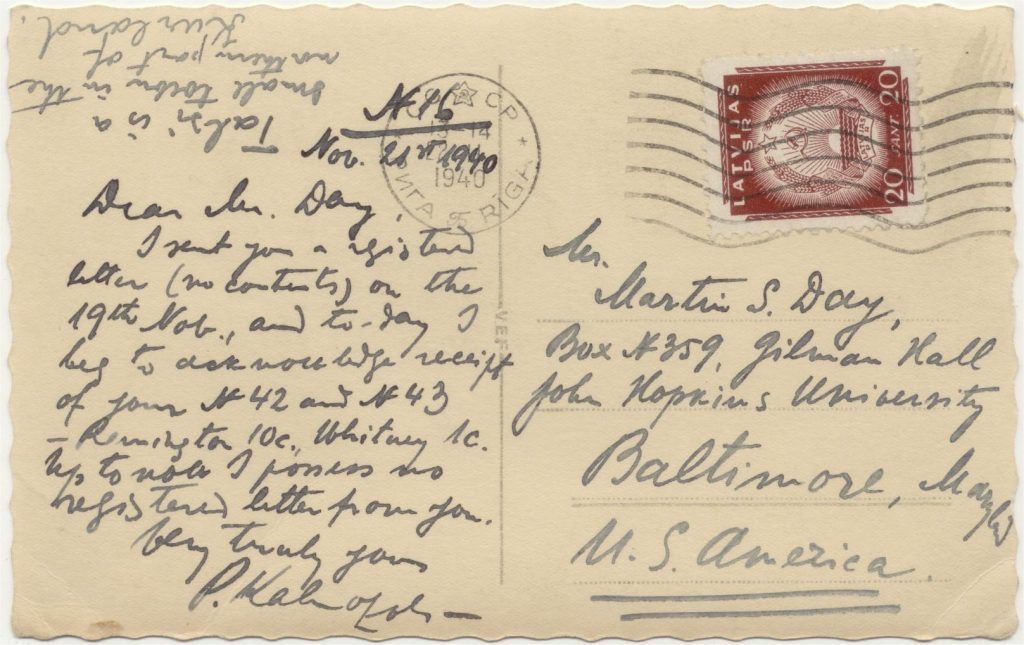 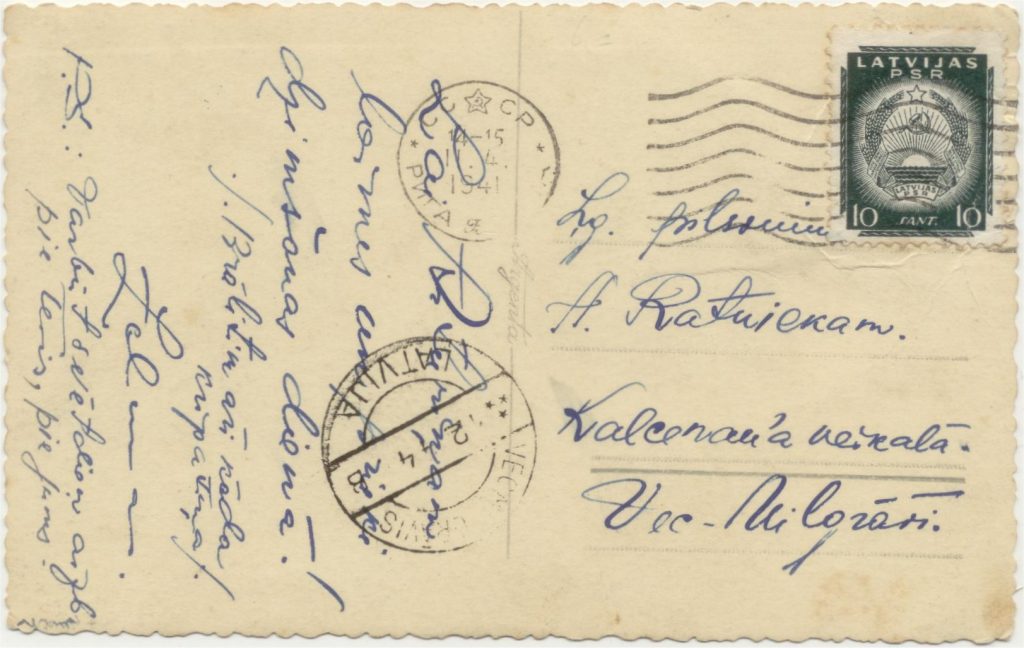 This card above: Type M-SL4-B. The type with serial letter Б, used between 27-12-1940 and 14-6-1941, sub-type with the flag first going up.
The arrival-postmark of Vecmilgrāvis is still Latvian: with LATVIJA.
The picture on the other side of the card: ‘Daudz limes vārda dienā’, Happy name day.