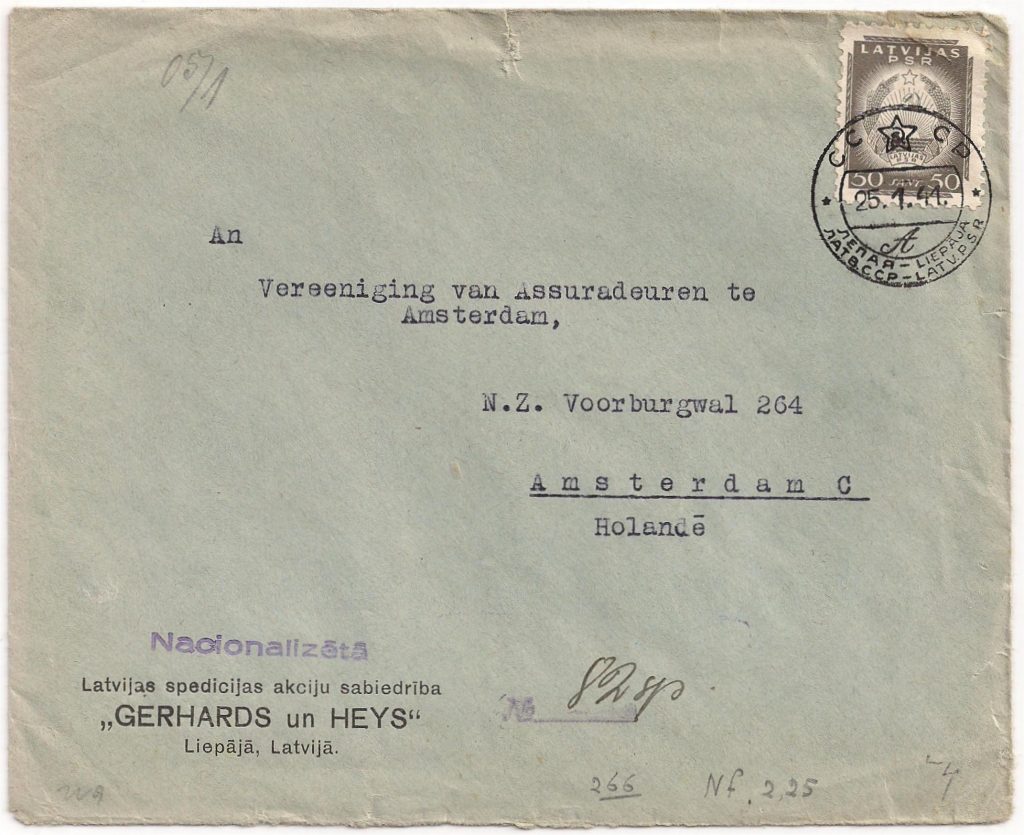 This cover is sent from Liepā to Amsterdam, 25 January 1941. For franking a postage stamp of the first LPSR-issue is used. A series of 13 stamps were issued, depicting the arms of Soviet Latvia and inscribed “Latvijas // PSR” (Mi. 292-304, issued 21 October/4 December 1940).
The postmark is a bilingual Soviet-postmark, here with serial letter A. Another Soviet postmark like this is known with serial letter B, see:

17 June Latvia is occupied by the Red Army. Already on 18 July Andrej Visjinski, confidant of Stalin, arrived in Riga. Latvia was under his leadership sovietized rapidly. large and midzize companiews were nationalized: on 3 August 1940 already 804 companies with more than ten workers.In February 1941 also little companies were nationalized: June 1941 only 5 % of the production was by private companies.

Above the indication of the company is placed a stamp ‘Nacionalizēta”, nationalized. 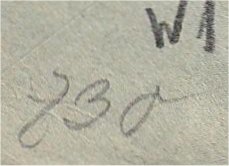 On 15 December 1940 the postal rates abroad were adaped to the rates of the Soviet Union: for a letter the rate changed from 35 s to 50 s.(as on this cover to Amsterdam).
The inland rates were adapted on 20 January 1941, inland was now the Soviet Union.